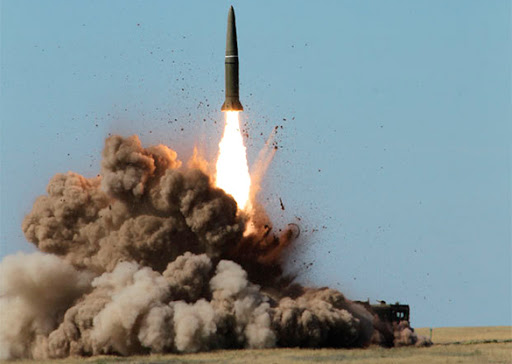 Nuclear Notebook: How Many Nuclear Weapons Does Russia Have In 2021?

Russia is in the middle of a decades-long modernization of its strategic and nonstrategic nuclear forces to replace Soviet-era weapons with newer systems. In December 2020, President Vladimir Putin reported that modern weapons and equipment now make up 86 percent of Russia’s nuclear triad (Russian Federation 2020a), compared to the previous year’s 82 percent (Russian Federation 2019a). He additionally noted that he expects that number to rise to 88.3 percent in 2021. As in previous years, Putin’s remarks emphasized the need for Russia’s nuclear forces to keep pace with Russia’s competitors: “It is absolutely unacceptable to stand idle. The pace of change in all areas that are critical for the Armed Forces is unusually fast today. It is not even Formula 1 fast—it is supersonic fast. You stop for one second and you start falling behind immediately”.

Putin also noted his disappointment with the “deterioration” of the US-Russia arms control regime, and declared that the United States withdrew from the Anti-Ballistic Missile Treaty, the Intermediate-Range Nuclear Forces Treaty, and the Open Skies Treaty under “contrived pretexts.” He also addressed the “uncertainty” around New START: “We have repeatedly stated our readiness to extend the treaty but there has been no response”.

Russia’s nuclear modernization programs, combined with an increase in the number and size of military exercises and occasional explicit nuclear threats against other countries, contribute to uncertainty about Russia’s long-term intentions and growing international debate about the nature of its nuclear strategy. These concerns, in turn, stimulate increased defense spending, nuclear modernization programs, and political opposition to further nuclear weapons reductions in Western Europe and the United States.

As of early 2021, we estimate that Russia has a stockpile of roughly 4,460 nuclear warheads assigned for use by long-range strategic launchers and shorter-range tactical nuclear forces. This number is a little higher than last year due to the addition of the fourth Borei-class nuclear-powered ballistic-missile submarine (SSBN) and an increase in non-strategic warheads. At the same time, we have lowered the estimate for strategic bomber weapons to better match the number of operational bombers. Of the stockpiled warheads, approximately 1,630 strategic warheads are deployed: just over 800 on land-based ballistic missiles, about 624 on submarine-launched ballistic missiles, and 200 at heavy bomber bases. Another 920 strategic warheads are in storage, along with about 1,910 nonstrategic warheads. In addition to the military stockpile for operational forces, a large number—approximately 1,760—of retired but still largely intact warheads await dismantlement, for a total inventory of approximately 6,220 warheads.