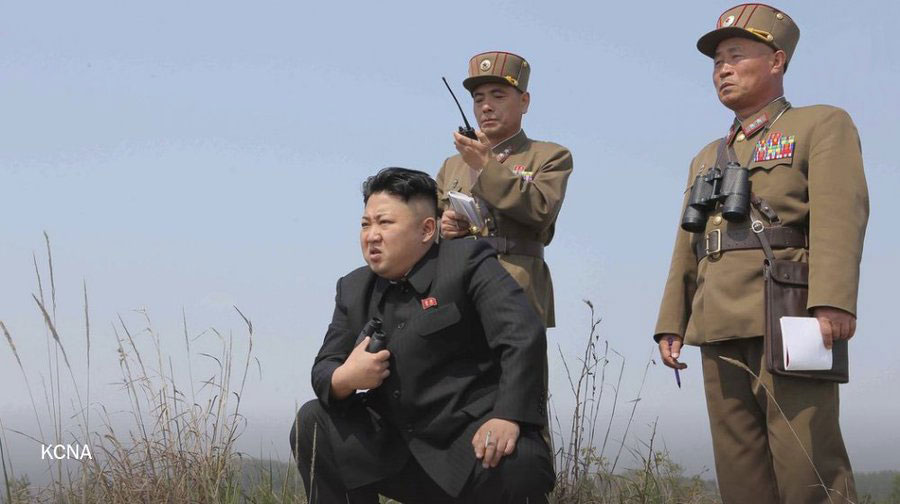 North Korea has fired more than 20 missiles into the sea, including one that landed less than 60 kilometres from South Korea’s coast.

It was the first time a ballistic missile had landed near the South’s waters since the peninsula was divided, and the most missiles fired by the North in a single day.

South Korea’s military said North Korea launched at least 23 missiles — 17 in the morning and six in the afternoon — off its eastern and western coasts on Wednesday.

South Korea issued rare air raid warnings and launched its own missiles in response as tensions spiralled in the region.