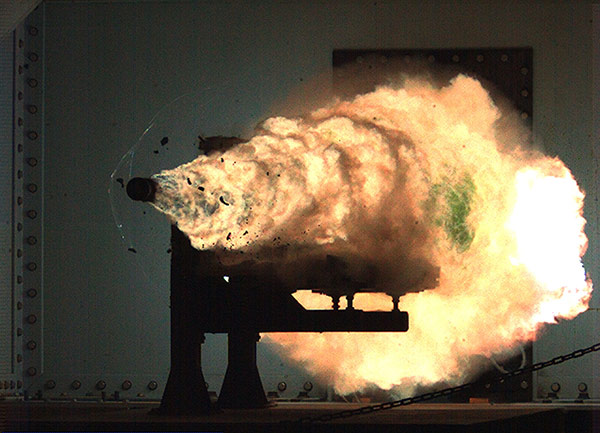 The U.S. Navy pulled the plug, for now, on a futuristic weapon that fires projectiles at up to seven times the speed of sound using electricity.

The Navy spent more than a decade developing the electromagnetic railgun and once considered putting them on the stealthy new Zumwalt-class destroyers built at Maine’s Bath Iron Works.

But the Defense Department is turning its attention to hypersonic missiles to keep up with China and Russia, and the Navy cut funding for railgun research from its latest budget proposal.

“The railgun is, for the moment, dead,” said Matthew Caris, a defense analyst at Avascent Group, a consulting firm.