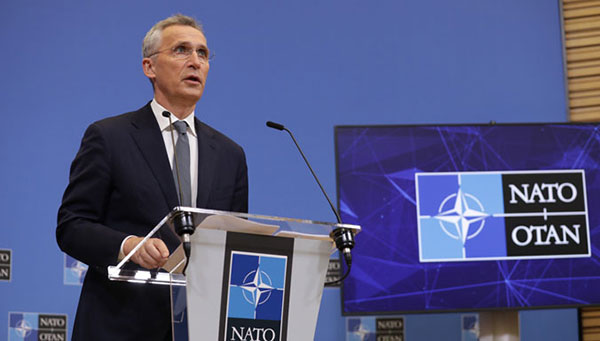 NATO Secretary General Jens Stoltenberg on Tuesday (15 February 2022) stated there is no indication of any de-escalation on the ground. “Russia has amassed a fighting force in and around Ukraine, unprecedented since the Cold War”, Mr Stoltenberg said ahead of a meeting of NATO Defence Ministers on Wednesday.

“Everything is now in place for a new attack, but Russia still has time to step back from the brink”, Mr Stoltenberg said, urging Russia “to stop preparing for war and start working for a peaceful solution to the crisis.”

NATO Allies have been very clear that any further Russian aggression against Ukraine would come at a high price.

We have systematically exposed Russia’s actions, plans and disinformation.
To lay bare to the world what Russia is doing and to make it harder for Russia to conduct aggressive actions.

At the same time, NATO Allies remain ready to engage with Russia.