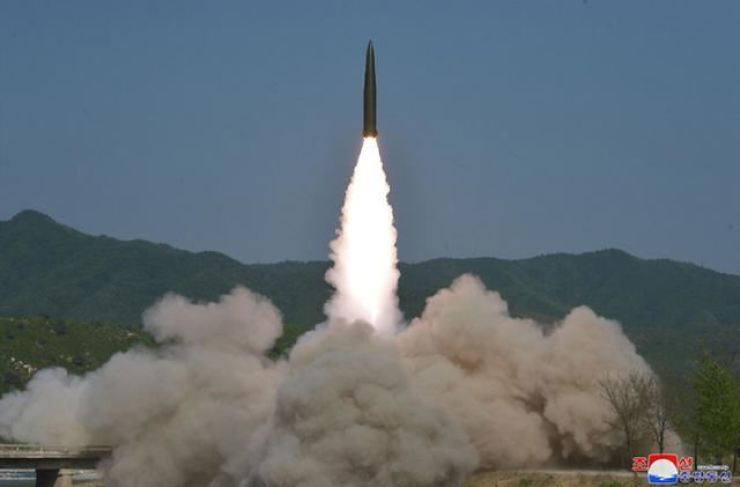 This file photo shows a short-range missile launched by the North Korean military. North Korea on Thursday fired at least one unidentified projectile into the East Sea, the South Korea Joint Chiefs of Staff said.

Japanese Prime Minister Yoshihide Suga said the launches threaten “peace and safety in Japan and the region,” and that Tokyo will closely coordinate with Washington and Seoul on the North’s testing activities.

Officials at an emergency National Security Council meeting in Seoul expressed “deep concern” that the North conducted missile launches while the Biden administration is looking to complete a policy review on North Korea.

South Korea’s Joint Chiefs of Staff said the two short-range missiles were fired at around 7:06 a.m. and 7:25 a.m. from an area on the North’s eastern coast and flew 450 kilometers (279 miles) on an apogee of 60 kilometers (37 miles) before landing in the sea. It said South Korea’s military has stepped up monitoring in case of “further provocations” from the North.

U.S. Indo-Pacific Command spokesperson Capt. Mike Kafka said the U.S. military was aware of the missiles and was monitoring the situation while closely consulting with allies.