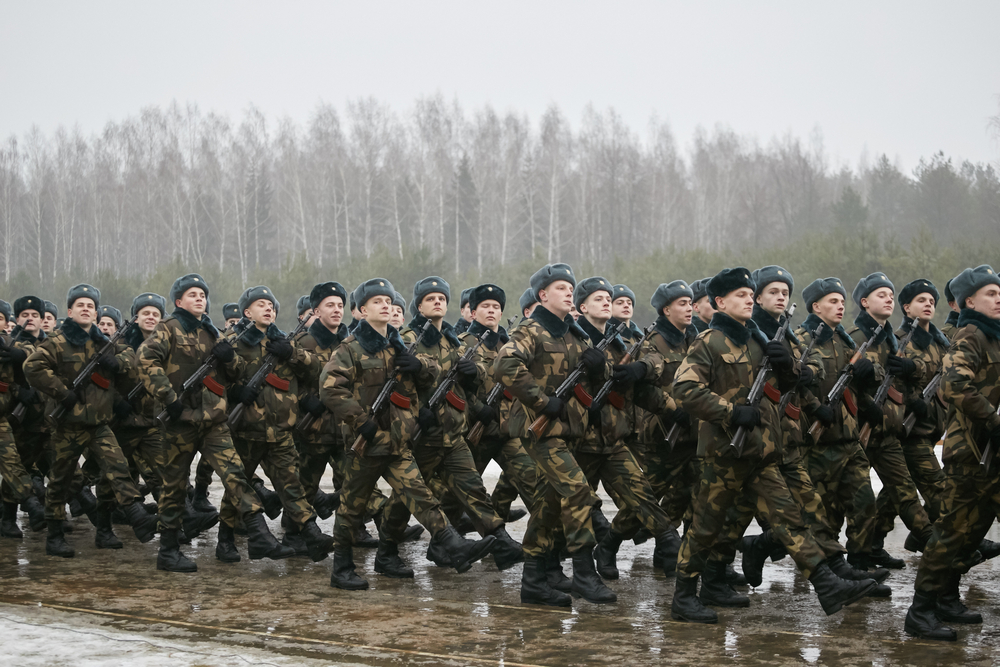 A video of an electronic announcement at a bus terminal in Belarus calling for males of military age to go to an enlistment center has led to speculation over whether mobilization could take place in the country whose leader is Vladimir Putin’s close ally.

The appeal appears on digital signage hanging on the first-floor balcony of the waiting room at the transport hub in the city of Barysau (Barysaw), located in the Minsk region, around 45 miles northeast of the capital city.

The digital text in Russian rolling across the screen says, “all male citizens from 18 to 60 years old must come to an enlistment office or village executive committee to clarify their data.”

The clip, which as of Wednesday afternoon had received over 157,000 views, was tweeted by Hanna Liubakova, a journalist from Minsk and a non-resident fellow at the Atlantic Council think tank, who added the message, “What on earth is that?”