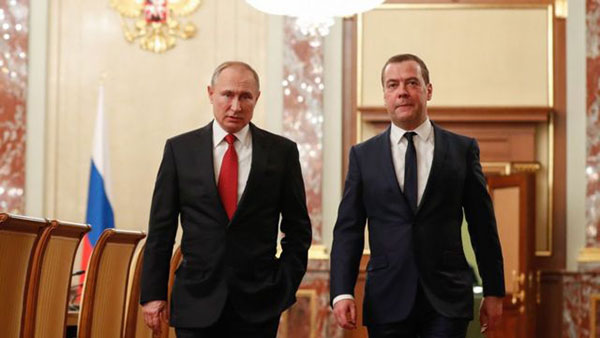 An ally of President Vladimir Putin on Tuesday outlined the scenario of a nuclear strike on Ukraine, saying that the U.S.-led NATO military alliance would be too scared of a ‘nuclear apocalypse’ to directly enter the conflict in reponse.

Dmitry Medvedev, a former president who now serves as deputy chairman of Russia’s Security Council, said Russia had the right to defend itself with nuclear weapons if it is pushed beyond its limits and that this is “certainly not a bluff”.

Putin last week ordered Russia’s first mobilisation since World War Two and backed a plan to annex swathes of Ukraine, warning the West he was not bluffing when he said he would be ready to use nuclear weapons to defend Russia. read more