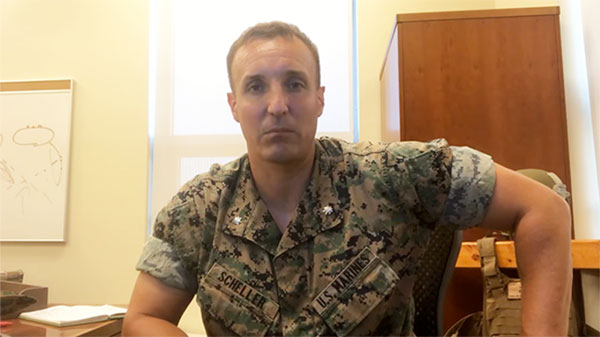 Lt. Col. Stuart Scheller, the Marine officer whose meteoric rise to internet fandom began with a video criticizing military leadership over Afghanistan, is currently in the brig, his father told Task & Purpose.

“All our son did is ask the questions that everybody was asking themselves, but they were too scared to speak out loud,” said Stu Scheller Sr. “He was asking for accountability. In fact, I think he even asked for an apology that we made mistakes, but they couldn’t do that, which is mind-blowing.”

He said that his son is expected to appear before a military hearing on Thursday.

[ Editor’s Note: SecDef Austin, CJC Milley and CENTCOM McKenzie are testifying before the Senate Armed Services Committee this morning. This certainly appears to be an effort to silence the officer calling for accountability.]