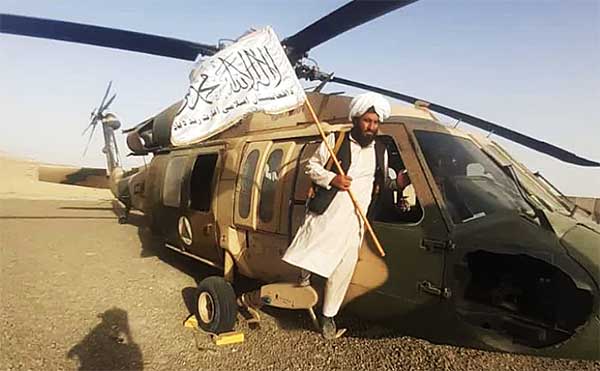 Taliban fighters capture Black Hawk helicopters from US base in Afghanistan.

Military planners sounding the alarm about Afghanistan’s imminent collapse failed to predict the speed with which the Taliban would overrun the country, leaving the Biden administration scrambling to evacuate thousands of American citizens, embassy staffers and vulnerable Afghans from Kabul’s international airport.

Though officials warned repeatedly over the past few weeks that the Afghan government could fall far sooner than previous estimates — weeks or months after the last American troops depart the country — they overestimated the capability and will of the Afghan security forces to fight back as the Taliban seized city after city in recent days, defense officials, speaking on condition of anonymity to discuss sensitive planning, told POLITICO.

In fact, DoD officials briefed lawmakers last month on the intelligence assessment that the combination of Afghan special commandos, air force and local militias could hold off the Taliban long enough for a political settlement, according to a senior Democratic aide with knowledge of the briefings.

The intelligence was “overstated,” the person said.