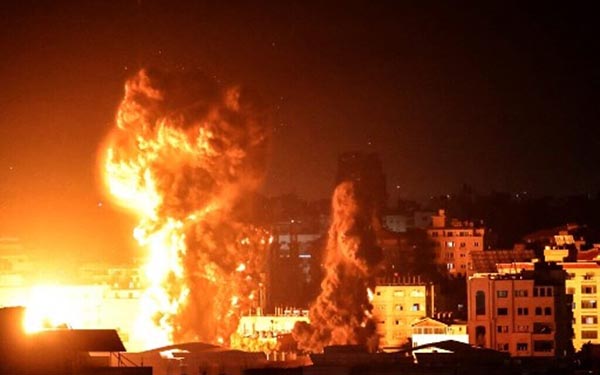 Fire and smoke rise above buildings in Gaza City as Israeli warplanes carry out strikes, early on May 17, 2021.

The Israeli military unleashed another heavy wave of airstrikes Monday on the Gaza Strip, saying it destroyed militant tunnels and the homes of nine Hamas commanders. International diplomacy to end the weeklong war that has killed hundreds appeared to make little headway.

Israel has said it will press on for now with its attacks against Hamas, the militant group that rules Gaza, and the United States signaled it would not pressure the two sides for a cease-fire even as President Joe Biden said he supported one.