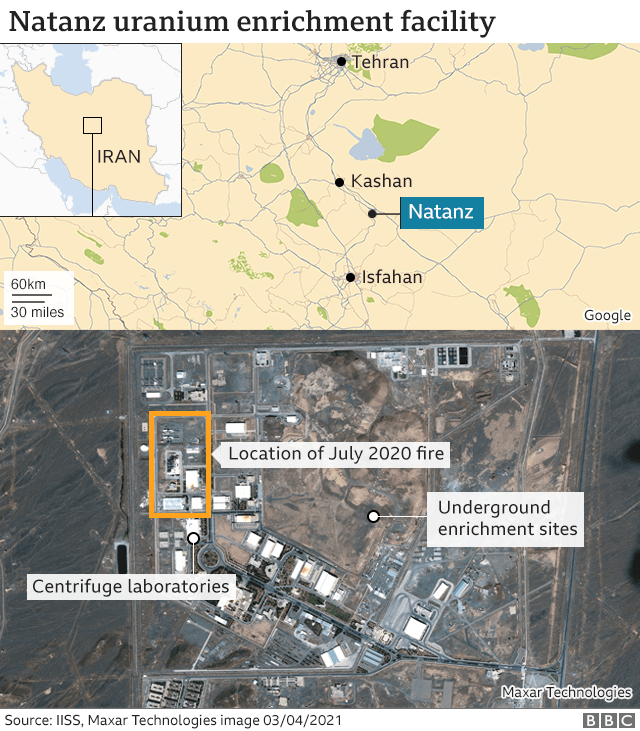 Thousands of machines used to refine nuclear material were destroyed or damaged in an attack at a key site on Sunday, an Iranian official has said.

Alireza Zakani, head of the Iranian parliament’s Research Centre, said the incident had “eliminated” Iran’s ability to carry out the process.

The attack took place in a facility up to 50m (165ft) underground, another official said.

Iran has blamed Israel for what it called an act of “nuclear terrorism”.

Israel has neither confirmed nor denied involvement, but Israel public radio cited intelligence sources as saying it was a Mossad cyber-operation.

Iran says it will replace the affected centrifuges – machines used to refine, or enrich, the chemical element uranium for use in nuclear energy or potentially nuclear bombs – with more advanced ones.

It also announced on Wednesday that it would greatly increase the quality of enrichment – from 20% to 60% purity.