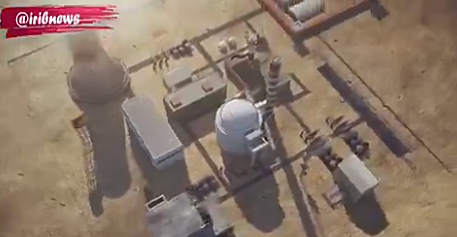 Iranian state media has again put out a hugely provocative clip depicting an imagined attack on its foreign enemies, which is clearly intended as a threat and “warning”. On Wednesday we detailed that just days earlier a propaganda video set to Iranian patriotic music featured Iran’s military launching a missile on Washington D.C., which resulted in an imagined direct hit on the Capitol Building. The clip briefly showed shocking footage of the Capitol bursting into flames as the lyrics praised the “avengers” who will “liberate Jerusalem” and defeat the Islamic Republic’s enemies.

And now on Thursday state-controlled Islamic Republic of Iran Broadcasting (or IRIB) has issued another similar video, this time depicting an aerial missile strike on Dimona nuclear reactor in southern Israel.

The brief clip simulates the vantage point of a fighter jet or a drone hovering over what clearly appears to be the large Dimona facility, after which a missile is fired down upon it, but then the footage cuts to an hour glass, suggesting time is “running out” for Israel.