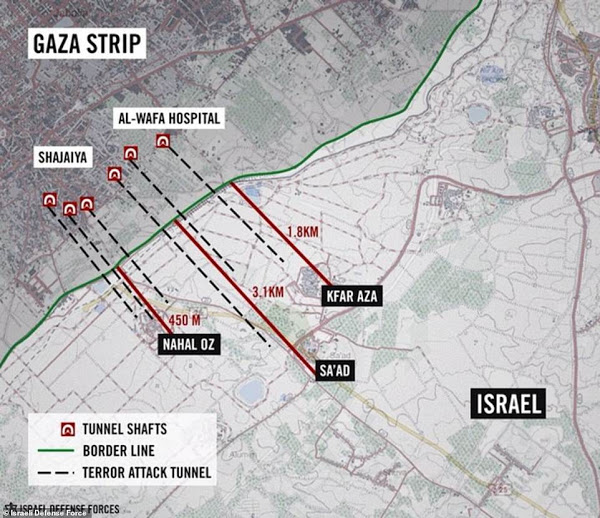 The first Hamas tunnels were built in 2007 between the Gaza Strip and Egypt and were designed for smuggling consumer goods to bypass the Israeli blockade.

However, some rudimentary networks existed in Gaza as early as 2002. One was used to bomb an Israeli outpost within the Strip in 2004. A second tunnel bomb attack on an Israeli outpost took place in December 2004, killing five IDF soldiers.

The underground network now branches dozens of kilometres through the Gaza Strip reaching the towns of Khan Younis, Jabalia, and the Shati refugee camp. They also stretch into Israel.

Last week in an apparent trick, the IDF said that ground forces were ‘attacking in Gaza.’

However, the announcement was a well-planned ploy to get Hamas to send its fighters into its underground tunnel system beneath Gaza City, before bombarding the area, in the hope of eliminating large numbers of the organisation’s operatives in one fell swoop, reports in Israel claim.