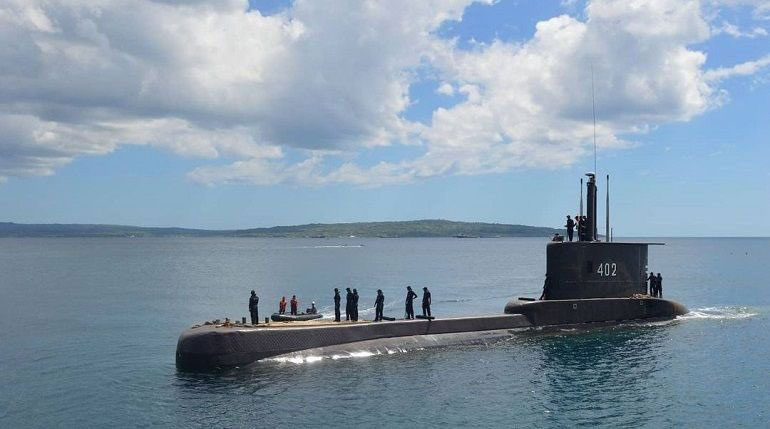 Indonesia Races To Find Missing Submarine With 53 Crew Members Aboard

Indonesia deployed warships Thursday in the hunt for a navy submarine that went missing with 53 crew aboard off the coast of Bali, as other nations sent vessels to help with the search.

An oil spill where the vessel was thought to have submerged early Wednesday during regular exercises could point to damage, the navy has said, fanning fears that the Southeast Asian nation may be the latest country to suffer a fatal submarine disaster.

The German-built KRI Nanggala 402 was scheduled to conduct live torpedo exercises when it asked for permission to dive. It lost contact shortly after.

Navy spokesman Julius Widjojono said Thursday that search teams were focused on an area around the oil slick, but that the exact location of the vessel had yet to be pinpointed.