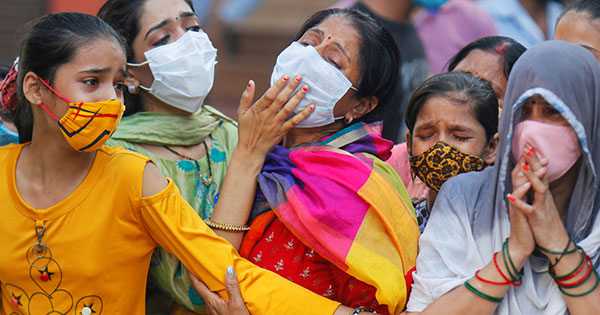 India’s Pandemic Death Toll Could Be In The Millions

India’s excess deaths during the pandemic could be a staggering 10 times the official COVID-19 toll, likely making it modern India’s worst human tragedy, according to the most comprehensive research yet on the ravages of the virus in the South Asian country.

Most experts believe India’s official toll of more than 414,000 dead is a vast undercount, but the government has dismissed those concerns as exaggerated and misleading.

The report released Tuesday estimated excess deaths — the gap between those recorded and those that would have been expected — to be 3 million to 4.7 million between January 2020 and June 2021. It said an accurate figure may “prove elusive” but the true death toll “is likely to be an order of magnitude greater than the official count.”

Published in Asia and Pandemic