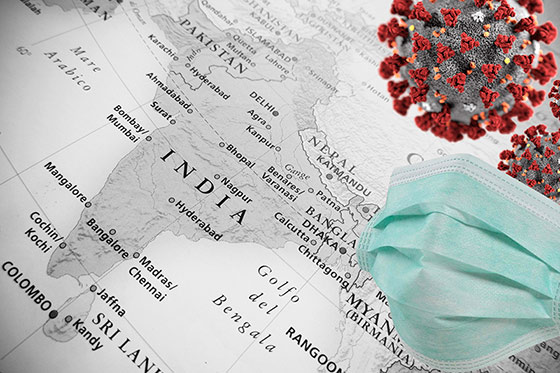 India’s Health System Near Collapse Under Second Wave of Pandemic

Authorities said hospitals in the Indian capital of Delhi would start running out of medical oxygen by Wednesday as Prime Minister Narendra Modi said the country faced a coronavirus “storm” overwhelming its health system.

Major government hospitals in the city of 20 million people had between eight and 24 hours’ worth of oxygen while some private ones had enough for just four to five hours, said Delhi’s deputy chief minister, Manish Sisodia.

“If we don’t get enough supplies by tomorrow morning, it will be a disaster,” he said, calling for urgent help from the federal government.

Modi said the federal government was working with local authorities nationwide to ensure adequate supplies of hospital beds, oxygen and anti-viral drugs to combat a huge second wave of the COVID-19 pandemic.

A new variant of the virus, called B.1.617, has been detected in at least five Indian states that are hotspots for the surge. This variant has TWO new significant mutations in the spike protein that help it infect cells and evade the immune system. The mutations are not new, but the variant in India carries BOTH of them —something that has not been seen in other variants.

Both mutations are known to decrease – although not completely eliminate – the binding of the antibodies created by infection and vaccination, according to Jesse Bloom, an associate professor for genome sciences and microbiology at the University of Washington.

Genome sequencing indicates the variant as a possible culprit behind the new wave, although the Indian government hasn’t confirmed it. The average prevalence of the variant surged to as high as 52% of samples sequenced in April from almost nothing in January, according to website tracker outbreak.info, which uses data from global repository GISAID.

Published in Asia, Must Read and Pandemic