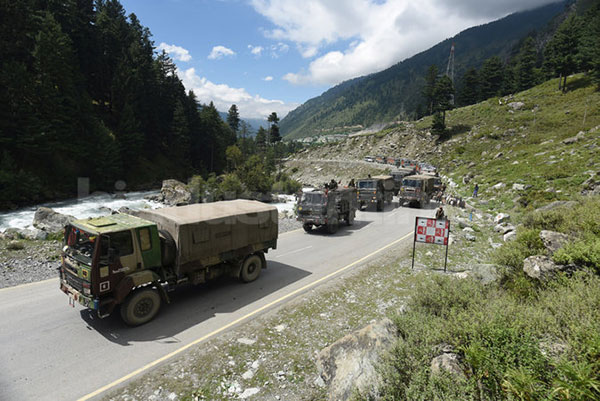 An Army convoy passes through Gagangeer along a highway leading to Ladakh.

Talks between Indian and Chinese army commanders to disengage troops from key friction areas along their border have ended in a stalemate and failed to ease a 17-month standoff that has sometimes led to deadly clashes, the two sides said Monday.

The continuing standoff means the two nations will keep troops in the forward areas of Ladakh for a second consecutive winter in dangerously freezing temperatures.

Keep in mind that this face-off across a river involves tens of thousands of troops from China and India, two nuclear powers and the most populace nations on earth.