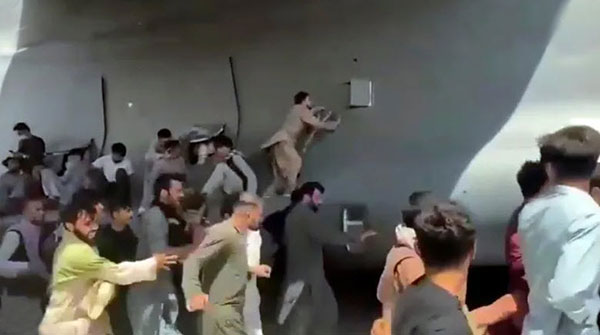 When the U.S. ended its 20-year war in Afghanistan this week, the Biden administration underscored the success of the evacuation effort from Hamid Karzai International Airport.

“No nation, no nation has ever done anything like it in all of history,” said President Joe Biden from the White House on Tuesday, the day the U.S. completed its Afghan military withdrawal.

The administration has said the massive airlift evacuated most of the remaining Americans in the country, as well as thousands of Afghan interpreters, activists, journalists and other groups that have been targeted by the Taliban.

But thousands of others are left behind. Frustrated U.S. diplomats, military officials and civilian personnel involved in the effort tell VOA it was a haphazard process that left out many people who qualified for evacuation.

[ Editor’s Note: For the extremely liberal VOA to have published an article this critical of the admin is telling. VOA has protected Biden and NOT reported on many many important stories, seemingly in lockstep with all other mainstream news organizations, since the beginning of the last election. Trump was hammered relentlessly by VOA, the primary audience for which is located overseas. Change is in the air.]