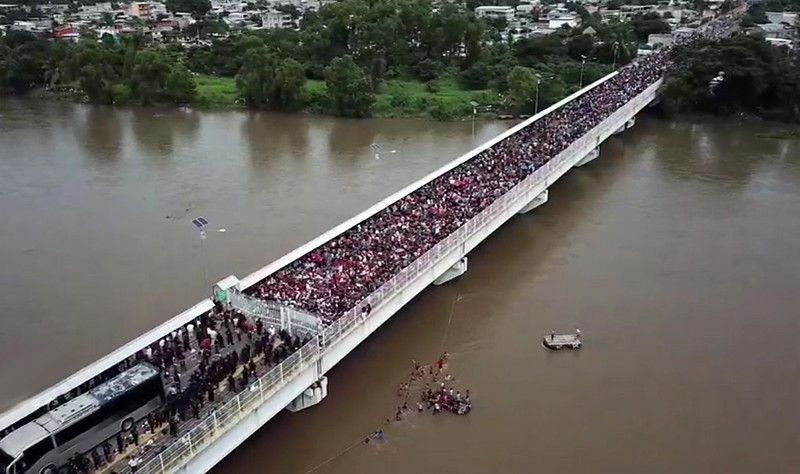 With virtual diplomacy, an in-person delegation, and taxpayer cash, President Joe Biden has tried to induce Mexico to halt a fast-rising flood of immigration across its southern border as a means to ease the mounting mass-migration crisis on the U.S. southern border.

But the strategic linchpin upon which the administration has put all its betting chips — the continued deployment of nearly 9,000 Mexican national guard troops along the Guatemala border and at 50 road checkpoints throughout southern Mexico — is proving systemically beatable. The evidence can be found in the thousands of people now staging for U.S. entries from northern Mexican cities like Acuna, who obviously bypassed the national guard.

Their stories of bypassing the Mexican military in the southern provinces, gathered by the Center for Immigration Studies in interviews, reveal a military operation hobbled by corruption and bureaucratic ineptitude.

[ Editor’s Note: This piece provides a stark view and hard reporting of the type you will rarely see from any American mainstream news organization. Biden et al have INTENTIONALLY created this crisis. They stopped construction of the border wall, restarted catch and release, and reduced interior enforcement. Those actions alone have sent a very strong message to anyone aspiring to come to America.

Add to this the continued acceptance of unaccompanied “minor” children (many of whom are actually young adults), and the Left’s pushing of two major amnesty bills, and it is easy to see why the surge north is continuing.

Now the Administration is pretending to try to control the situation after being called out on their BS. First, they denied there was a crisis. Then Kamala was tasked by Joe to lead the response to the border non-crisis.

To illustrate just how much of a crock this response will be, San Diego Unified School District teachers have been asked to teach migrant children in-person, though legal students in the district are still learning in an online-only format.

All of this is planned. Nothing is happening by accident. ]