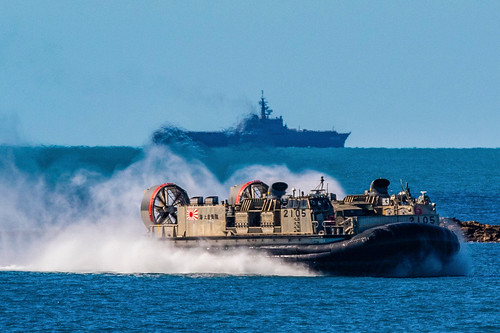 An ambitious new Marine Corps planning document outlines historic changes in how the service plans to equip, organize, and train over the next decade to meet the challenges of Chinese and Russian competition, ushering in changes not seen since the 1920s.

The unreleased 180-page document is meant as a first iteration of an effort to create a series of small, agile units tasked with air defense, anti-ship and submarine warfare, and seizing, holding and resupplying small temporary bases as part of an island-hopping campaign in the Pacific.

[ Editor: This piece is very telling and demonstrates, yet again, how all branches of the armed services are shifting from a counterterrorism / counterinsurgency thrust, with it’s emphasis on non-state actors, to preparing for future conflict with China and Russia.

The French armed forces are planning for high-intensity war

Published in Americas, Asia, Must Read and Oceania