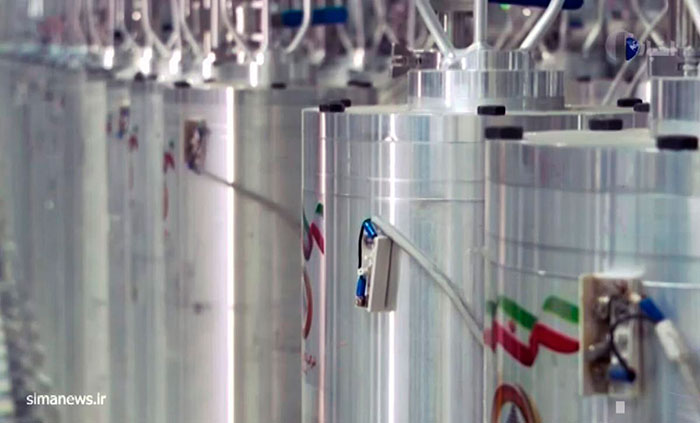 In this stillframe from an April 17, 2021 video released by the Islamic Republic Iran Broadcasting (IRIB), shown are centrifuge machines at the Natanz Uranium Enrichment Facility, some 200 miles (322 km) south of the capital Tehran.

Iran sought to produce and source weapons of mass destruction as recently as 2020, efforts that are likely ongoing, according to a new intelligence report issued by a German government security agency.

Iran is working to expand its “conventional arsenal of weapons through the production or constant modernization of weapons of mass destruction,” according to a German-language report issued last week by the Bavarian Office for the Protection of the Constitution, a state security agency equivalent to the FBI. The report, which covers the year 2020 and was independently translated for the Washington Free Beacon, provides the firmest evidence to date that Iran is misleading the world about the nature of its nuclear program.

As the Biden administration works to reenter the 2015 nuclear accord with Iran and unwind tough economic sanctions on the country, Tehran continues to claim that its nuclear program is peaceful in nature. The Islamic Republic, however, recently began enriching uranium, the key fuel in a nuclear weapon, to levels reaching 60 percent purity, which is only used for an atomic bomb. The country also continues to build and test ballistic missiles, which are primarily used to carry a nuclear payload over great distances.