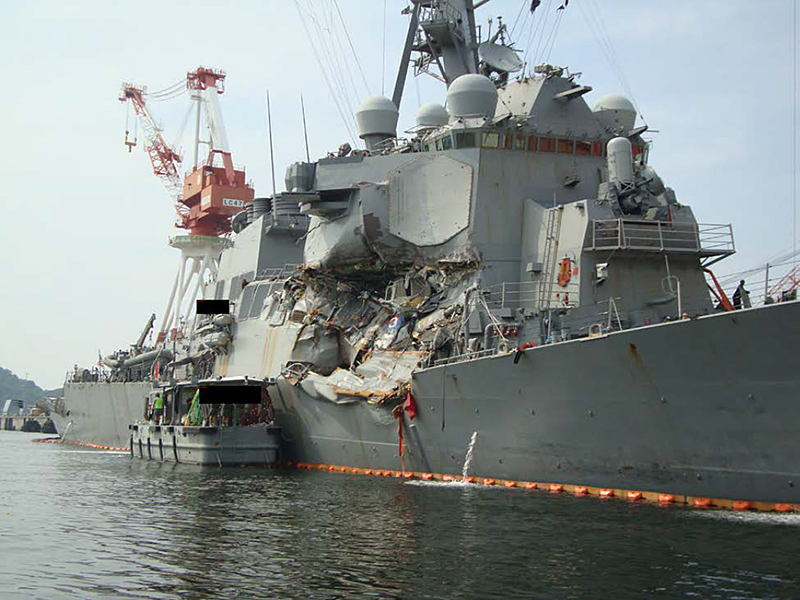 The Navy is poorly positioned to fully repair its fighting fleet of warships damaged in future high-end battles, the Government Accountability Office found in a report released this week.

The GAO found that the Navy would struggle if conflict erupted and several ships sustained sufficient battle damage that ships’ crews couldn’t repair. “

Navy officials we interviewed generally agreed that the Navy could handle a single battle damage event, but were uncertain how the Navy might handle multiple simultaneous or near-simultaneous events,” the report stated.

“The Navy has identified several challenges with using its regular maintenance capability (which restores ships to fully operational status) to provide battle damage repairs during a great power conflict. Challenges include the lack of established doctrine for battle damage repair, unclear command and control roles, and a shortage of repair capacity,” according to a GAO assessment released Wednesday in a study mandated as part of the 2020 National Defense Authorization Act.