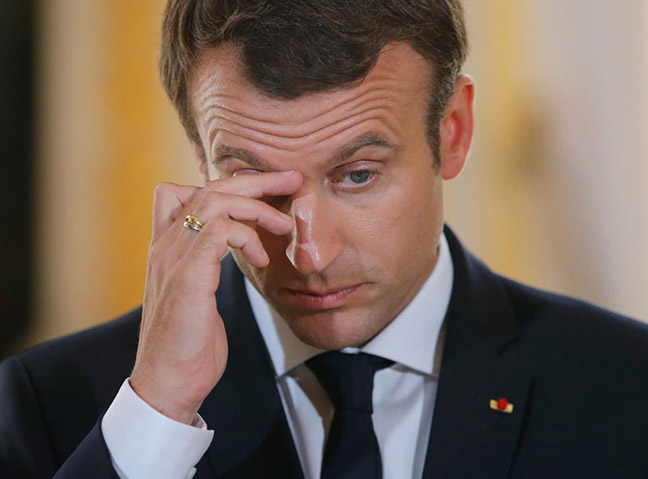 A group of serving French soldiers have published a new open letter warning Emmanuel Macron that the ‘survival’ of France is at stake after the President made ‘concessions’ to Islamism.

The letter published in the right-wing magazine Valeurs Actuelles (Today’s Values) late on Sunday echoes the tone of a similar letter printed in the same magazine last month which also warned a civil war was brewing and called for military action against ‘Islamists’.

French Interior Minister Gerald Darmanin, a close ally of Macron, slammed the letter as a ‘crude maneouvre’ and accused its anonymous signatories of lacking ‘courage’.

The previous letter, signed by 1,000 people including serving officers and some 20 semi-retired generals, warned of the ‘disintegration’ of France because of radical Islamic ‘hordes’ living in the suburbs.