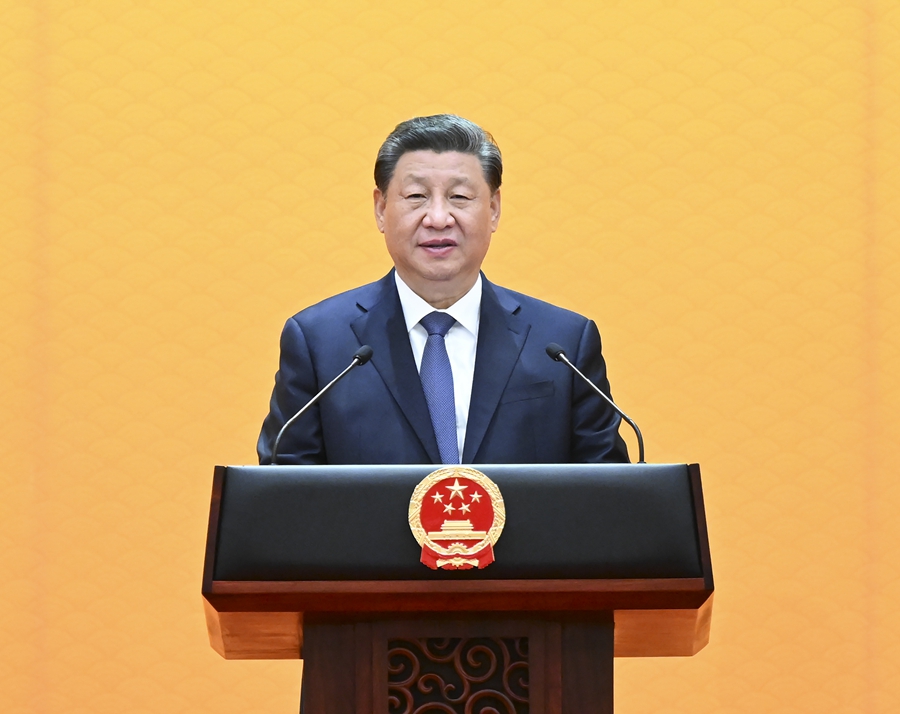 President Xi Jinping had a clear message to those who want to thwart China’s rise: You will fail.

In a speech running almost two hours on Sunday, Xi let the world know that China wouldn’t change course even as it faces “dangerous storms” in a more hostile world. Instead, he declared the “rejuvenation of the Chinese nation is now on an irreversible historical course” and more forcefully offered China up as an alternative to the US and its allies.

“China’s international influence, appeal and power to shape the world has significantly increased,” Xi said in kicking off the Communist Party’s once-in-five-year party congress, at which he’s set to secure a norm-breaking third term in office. “Chinese modernization offers humanity a new choice for achieving modernization,” he added.