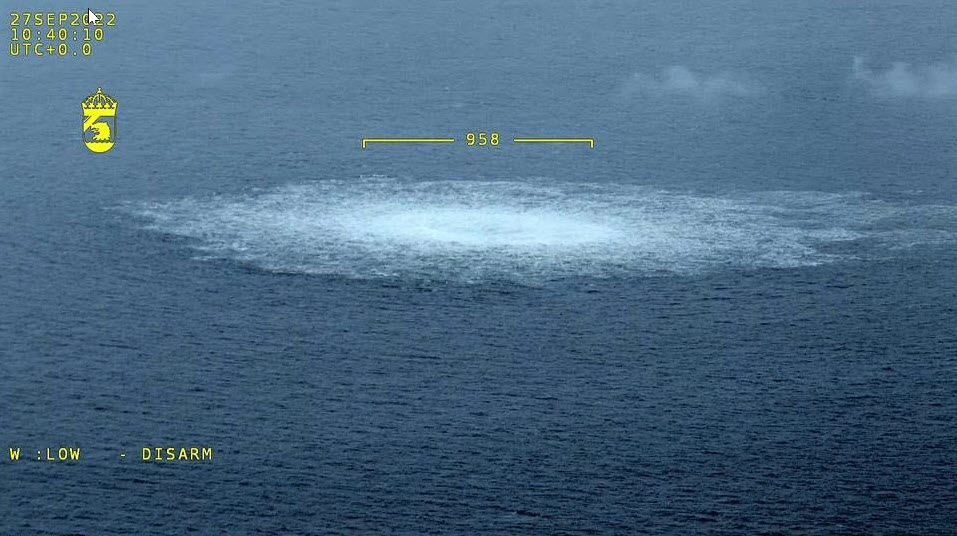 ‘Dark Ships’ Emerge From the Shadows of the Nord Stream Mystery

The first gas leaks on the Nord Stream 2 pipeline in the Baltic Sea were detected in the early hours of September 26, pouring up to 400,000 tons of methane into the atmosphere. Officials immediately suspected sabotage of the international pipeline. New analysis seen by WIRED shows that two large ships, with their trackers off, appeared around the leak sites in the days immediately before they were detected.

According to the analysis by satellite data monitoring firm SpaceKnow, the two “dark ships,” each measuring around 95 to 130 meters long, passed within several miles of the Nord Stream 2 leak sites. “We have detected some dark ships, meaning vessels that were of a significant size, that were passing through that area of interest,” says Jerry Javornicky, the CEO and cofounder of SpaceKnow. “They had their beacons off, meaning there was no information about their movement, and they were trying to keep their location information and general information hidden from the world,” Javornicky adds.

The discovery, which was made by analyzing images from multiple satellites, is likely to further increase speculation about the cause of the blasts. Multiple countries investigating the incident believe the Nord Stream 1 and 2 pipelines were rocked by a series of explosions, with many suspicions directed at Russia as its full-scale invasion of Ukraine continues.