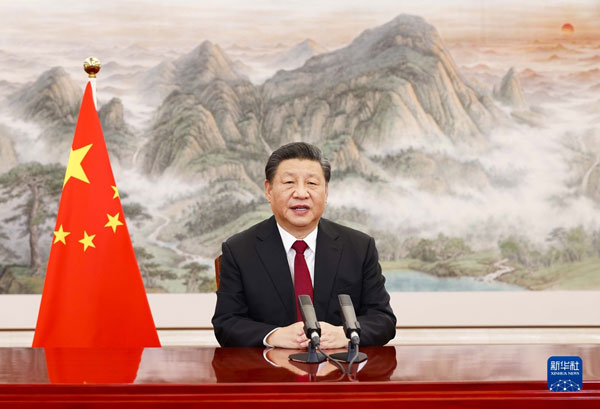 A record sell-off of China stocks has revealed investors’ fears over the country’s largest companies after Xi Jinping secured his third term as the country’s most powerful leader.

Hopes for signs that China’s down-beaten tech sector would revive and that an opening of China’s borders would boost the economy were apparently dashed by the Chinese Communist Party’s national congress. The twice-a-decade event culminated in Xi tightening his grip on the country’s highest decision-making body, the Politburo Standing Committee, presenting a lineup notable for a lack of reform-minded top leaders.

Chinese tech companies listed in Hong Kong and New York suffered from heavy selling on the first trading day after the congress concluded. The Nasdaq Golden Dragon China Index, which tracks major Chinese companies traded on U.S. exchanges, fell as much as 20% that day. In Hong Kong, the Hang Seng Tech Index sank more than 9.6%. Overall, the indexes have dropped more than 45% and 47% this year. Shares in Alibaba Group Holding, perhaps China’s best-known tech company, at one point fell below the $68 price of its IPO in 2014.