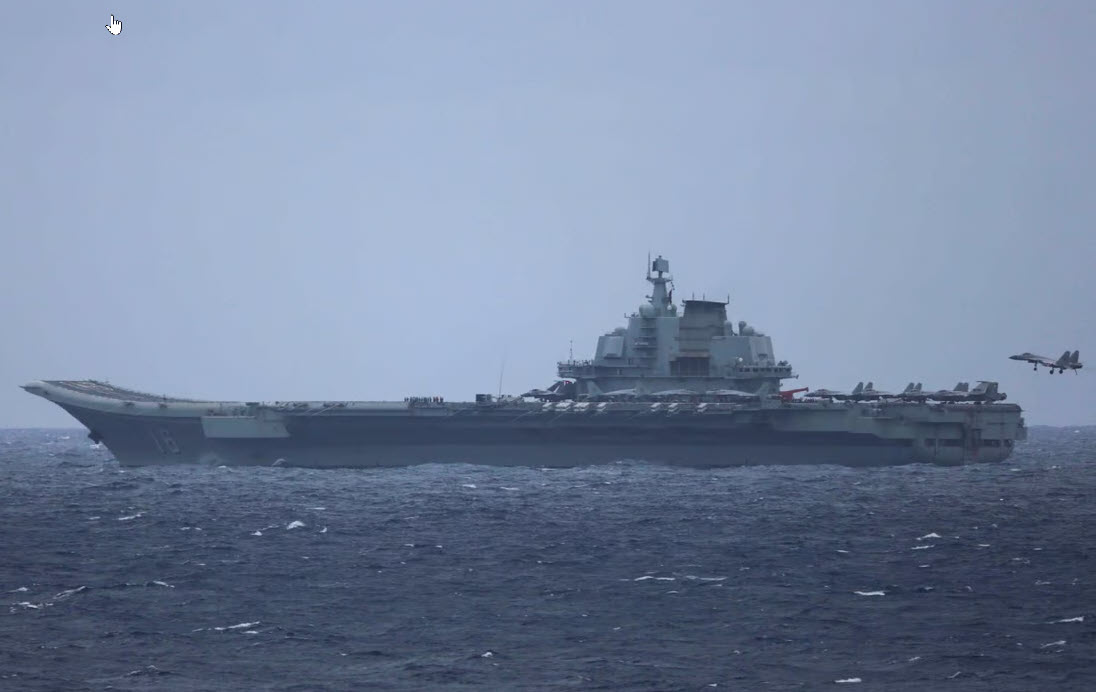 J-15 fighter landing on the Chinese aircraft carrier the Liaoning, May 3, 2022.

China Sails Warships Near Guam in Warning to U.S. Over Taiwan

China has sailed one of its three aircraft carriers near the U.S. territory of Guam, Japanese officials confirmed, ending an already combative year with a rare move that Beijing signaled as a clear warning to the Biden administration over Taiwan.

The Chinese fleet, led by the aircraft carrier Liaoning, had already spurred several clashes with U.S. allies in the region with its tour of the western Pacific, most recently by conducting roughly 260 takeoff and landing drills near the Japanese island of Okinawa, home to a major U.S. military presence. The operations prompted the Japanese air force to scramble fighter jets and helicopters, as well as a destroyer and other elements of its self-defense forces.

But Japanese officials also confirmed Thursday that the Chinese vessels had transited to the south, near the western edge of territory the U.S. claims as part of the remote island of Guam – a critical element of America’s ability to project military might in the region as both a stopping point and a base for strategic Air Force bombers and Navy submarines.

Chinese state news framed the deployment as an overt provocation to the U.S. and a warning against continuing behavior this year that has outraged Beijing.