Taiwan lives under the constant threat of invasion by China, which sees the self-ruled, democratic island as part of its territory to eventually be reclaimed, by force if necessary.

The final quarter of 2021 saw a massive spike of incursions from China into Taiwan’s air defense identification zone (ADIZ), with the biggest single day coming on October 4, when 56 Chinese warplanes entered the zone. 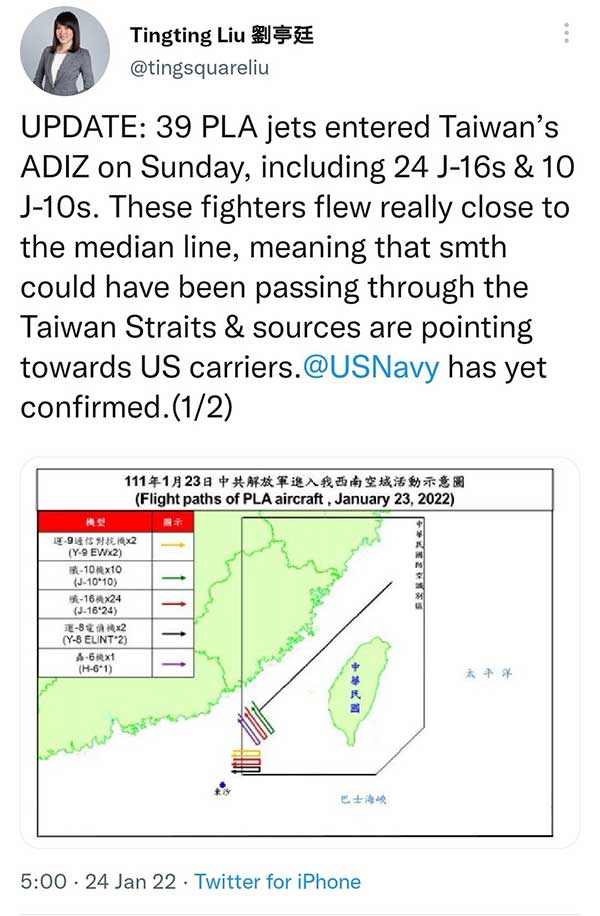