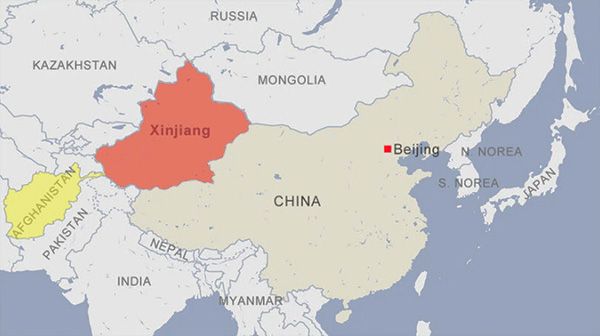 China shares almost 50 miles of border with Afghanistan. Combined with neighboring Tajikistan, another Muslim-majority nation with a porous border, potential insurgents have a span of about 350 miles along the northwest Xinjiang region to try to enter China.

Muslim ethnic minorities make up a large part of the population of Xinjiang [province], and Chinese authorities have long been suspicious of their loyalties. Some hard-liners in the vast region abutting Central Asia have expressed the wish for an independent homeland, a stance strictly forbidden by Beijing, and the region has experienced sporadic terrorist attacks.

The departure of the United States from Afghanistan also gives China an opportunity to step into a larger role, at a time when Beijing is seeking greater international sway. Chinese officials signaled their interest in Afghanistan’s future late last month, when Foreign Minister Wang Yi hosted senior Taliban officials in Tianjin.