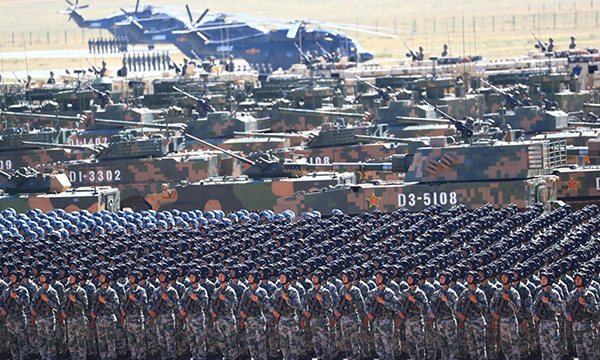 A military parade is held to celebrate the 90th anniversary of the founding of the Chinese People's Liberation Army (PLA) at Zhurihe training base in north China's Inner Mongolia Autonomous Region.

China Declares It Is Now ‘Ready to Defeat’ the U.S.

China has pledged to rapidly defeat the US in a military conflict in one of the country’s most explicit warnings yet. China’s Global Times, which is seen as a Government news outlet, published an editorial revealing the threat in response to joint military drills carried out by the US. The US joined drills with Japan, Australia and France this week in an intended show of force against Beijing.

However, instead of backing down, China appears to have been rattled, prompting a fierce rebuke in Beijing’s state-run newspapers asserting confidence in Chinese military superiority.