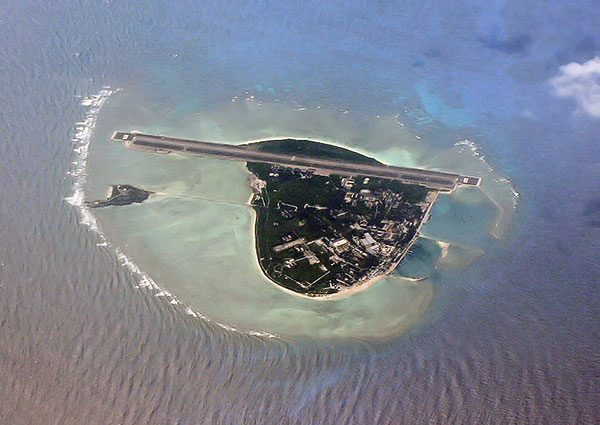 Woody Island, also called Yongxing Island, is the largest of the Paracel Islands in the South China Sea. The island has been under the (disputed) control of the People's Republic of China since 1956. The territory is also claimed by the Republic of China (Taiwan) and Vietnam.

China’s military recently deployed electronic warning and surveillance aircraft and helicopters on two disputed islands in the South China Sea in what analysts say is a sign that the People’s Liberation Army has begun routine air operations from the bases.

Satellite images obtained by The Washington Times show deployments in May and June of PLA KJ-500 airborne warning and control aircraft to Mischief Reef in the Spratly Islands. Other satellite photos showed the stationing of a Y-9 transport aircraft and Z-8 helicopter to Subi Reef in June and this month.

In the past, military aircraft made occasional stops at bases built since 2013 as part of a major campaign by the Chinese military to expand power and protect its broad claims to sovereignty over the strategic waterway.