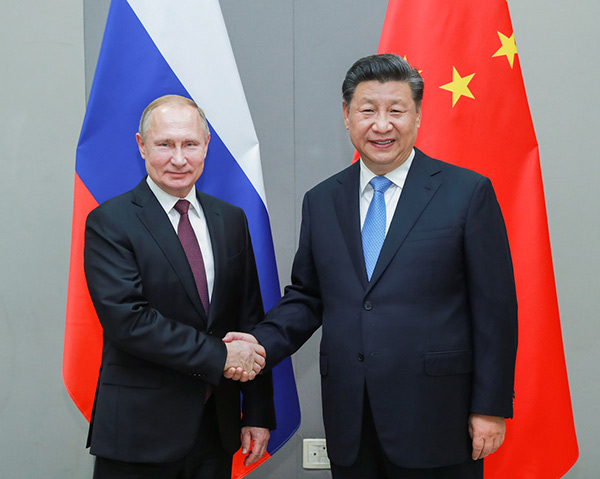 China and Russia (Who Is the Bigger Threat?)

Imagine yourself sitting at a poker table with one opponent who fingers his dwindling stack of chips while glowering at you and daring you to bump the pot. Meanwhile, your other opponent with more chips sits quietly behind his cards while his paid spies behind your chair signal him the contents of your hand.

A national poll this spring showed a sharp divide between Democrats and Republicans over whether Russia or China is America’s greatest international adversary. Democrats, perhaps still seething from Russia’s clumsy efforts to sway the 2016 election to Donald Trump, see Vladimir Putin as a Bond movie villain and master manipulator. Republicans focused on commerce, cyber-security, and Asian ascension, look at emerging China as their greatest threat.

This is surprising, given the central importance of China to the COVID-19 pandemic, the most important news story in the United States in the past 18 months. The actions of the Beijing government since the earliest days of concern about the disease have shown in stark relief how a closed, authoritarian society tries to deny and shift blame for its misdeeds. How it seeks to co-opt international health agencies. How it tries to bribe foreigners to do its bidding. How it has infected more than just American bodies, but American society and its institutions at many levels.