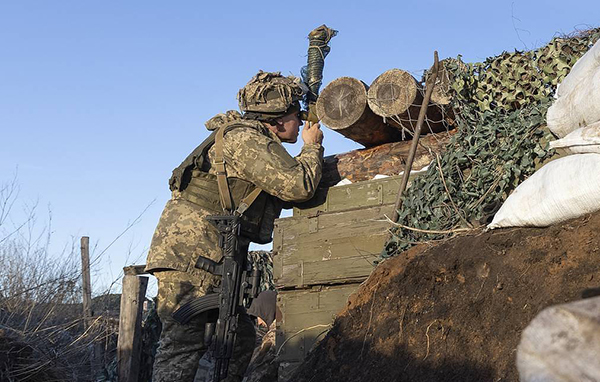 Britain has warned Vladimir Putin that if a “single toecap” of a Russian solider steps into NATO territory “then it would be war”.

Health Secretary Sajid Javid said the West had been clear over the response to any aggression on its territory following a bombing near the border with Poland.

The Yavoriv military base was targeted in a deadly barrage of missiles on Sunday, only a few miles from the Polish border.