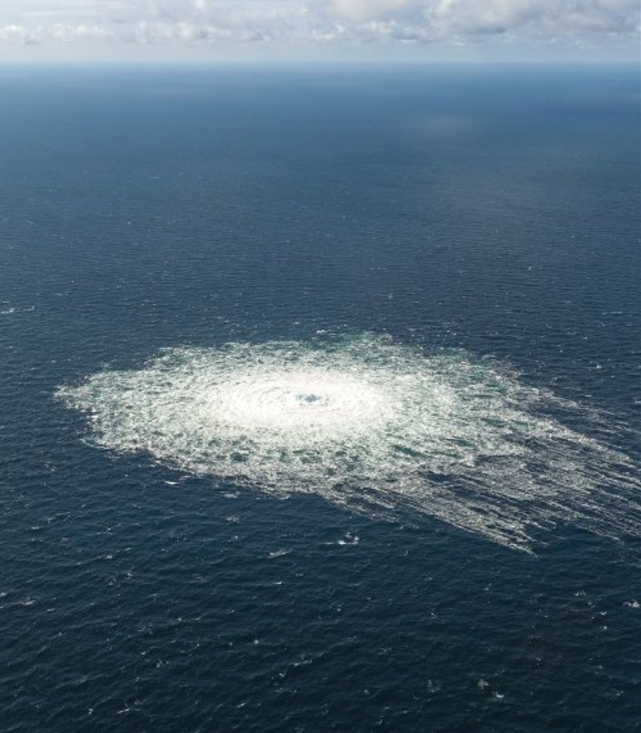 “One of the explosions had a magnitude of 2.3, and was registered at as many as 30 measuring stations in southern Sweden,” SVT said.

Bjorn Lund, a professor in seismology and director of the Swedish National Seismic Network, said these two seismic events were explosions.

According to the Danish armed forces, the gas leak shown in the image measures about 1 kilometer in diameter. The smaller circle in the center is approximately 200 meters wide