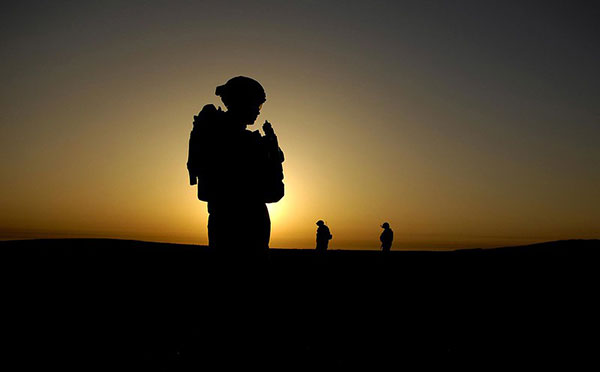 In a Déjà Vu foreign policy moment echoed many times before across multiple US administrations spanning back to years after the initial 2003 invasion, President Biden on Monday stated his intent to see American combat troops leave Iraq by the end of 2021.

“We are not going to be, by the end of the year, in a combat mission,” Biden said early in his meeting with Iraqi Prime Minister Mustafa al-Kadhimi, perhaps preempting the very thing the PM was set on pushing for most.

While what’s designated as “combat” troops will exit, in Washingtonspeak this of course doesn’t ever actually mean all troops will exit. Biden followed with saying advisory forces will “be available to continue to train, to assist, to help and to deal with ISIS,” according to The Wall Street Journal.