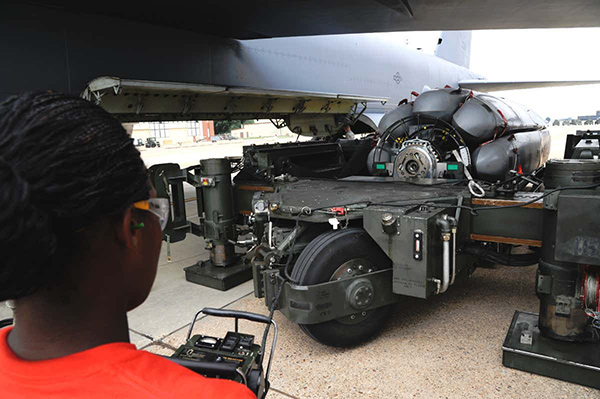 n airmen manuevers a trailer with pre-loaded Common Rotary Launcher into position for loading underneath a B-52 bomber at Barksdale Air Force Base in Louisiana.

Biden Administration Reveals The US Has More Than 3,750 Nuclear Warheads

The Biden administration on Tuesday revealed it has more than 3,000 nuclear warheads as it released numbers for the first time since former President Trump stopped publishing numbers.

Releasing the information was essential for disarmament efforts, said officials, as the State Department revealed that the arsenal held 3,750 warheads.

It comes as the Biden administration pursues an arms control deal with Russia but as tensions soar in the South China Sea as Beijing adopts an increasingly aggressive posture against Taiwan.