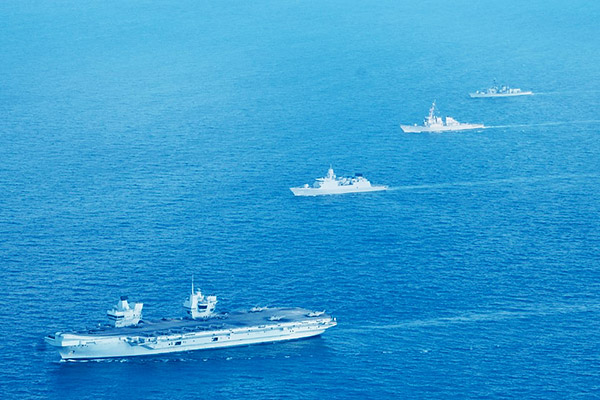 China says it has launched multiple military drills as the United Kingdom’s aircraft carrier HMS Queen Elizabeth enters the South China Sea. It calls the ship’s visit “colonial”. It warns that if it “intrudes” on Chinese-claimed islands and reefs, it will be “expelled”.

“China will end the struggle between hegemony and anti-hegemony forces with the US. All other countries outside the region are advised to stay away from this confrontation to avoid ‘accidental injury’,” a hostile state-controlled media editorial warns.