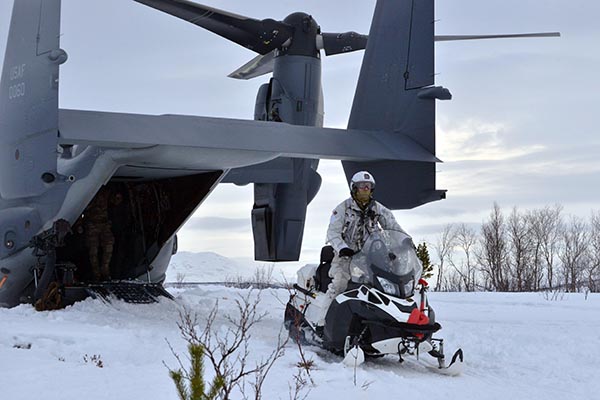 For the past two decades, U.S. Special Operations Forces have deployed to some of the most dangerous and inhospitable places on the planet to combat terrorist networks. With the Pentagon increasingly focused on great power competition, they may soon find themselves spending more time in a region that presents a unique set of challenges — the Arctic.

In 2019, the Defense Department released its latest Arctic Strategy, which noted the important role for special operators.

“DoD’s desired end-state for the Arctic is a secure and stable region in which U.S. national security interests are safeguarded, the U.S. homeland is defended, and nations work cooperatively to address shared challenges,” the document said. “The agile and expeditionary nature of SOF, combined with established allied and partner relations and interoperability, provides DoD a ready capability to compete below the level of armed conflict in the Arctic region, and across the spectrum of SOF core activities.”