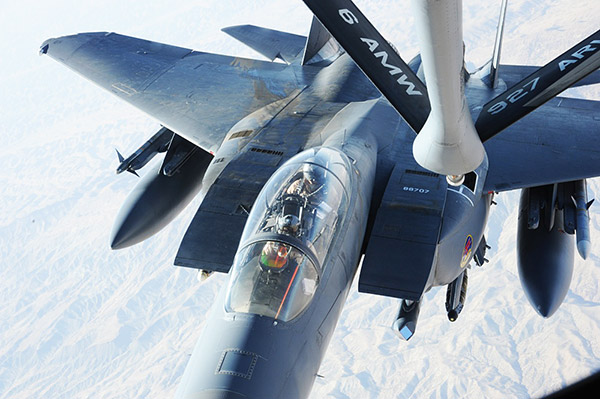 A U.S. F-15E Strike Eagle getting refueled by a KC-135 over the skies of Afghanistan.

The Pentagon is a magical place where reality and fantasy often collide. This is especially true when it comes to all things related to Afghanistan.

Top defense officials are continuing to claim that Afghan troops and police will be able to stand on their own against the Taliban after the U.S. military officially completes its withdrawal at the end of next month.

However, the very next day, Pentagon spokesman John Kirby acknowledges that the U.S. military is continuing to launch airstrikes in Afghanistan to support the Afghan security forces.